After I checked in the hotel in Salford (west Manchester), I went to the nearby Quays. There is the Media City UK (both BBC and ITV are based here!), the Lowry Outlet, Imperial War Museum and Lowry, which is an arts complex. At the Outlet, I found a Cadbury shop. I immediately fell in love with the little shop and bought lots of chocolates (Ok, I admit it. I am addicted to chocolate! My faves are the Fingers! Sooo delicious!). There is also a lot of food options and if the sun shines, it didn’t at that day, there are nice places to sit alongside the canal. Manchester West is busy too, not only the city centre. Near our hotel was the University of Salford. There is an art gallery as well and a shopping area. 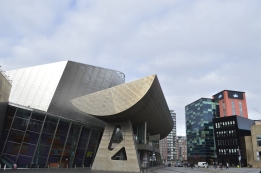 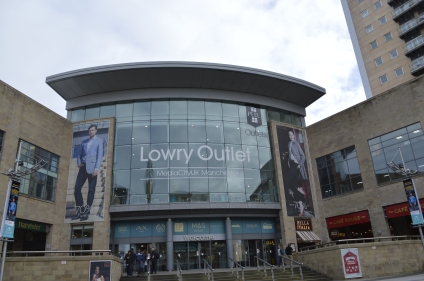 Not far from there you can go the Old Trafford, where Manchester United has its heart. They do tours, so if you are a football fan, it is a must. Unfortunately, when I wanted to go, there was a match, that’s the reason why I couldn’t do a tour.

In the afternoon, I went to the Northern Quarter, which is a lovely area and they say the most popular place in Manchester. No wonder, it has a lot of vintage- and charity shops, but also a Manchester Craft and Design Centre. There you will find many individual ateliers and a nice coffee shop.  Overall, the Northern Quarter is a nice place to stroll around, it is a colourful and independent district with lots of bars, cafes, and restaurants. There is definitely something for everybody at day and night (live music at night!).

I went to Arndale Shopping Centre, which is enormous with at least three floors, including a food corner (mostly fast food) and Arndale Market, where you can buy fresh street food (yummy). I think you could easily get lost, good that I went there on my own. I love shopping but I just wasn’t in the mood after the long day. Therefore, I went to a book shop to get a break – tea and cake was desired (I am so used to it now – UK spoilt me! It was even cheaper when you get a hot drink and a cake together).

In the evening, I picked up my friend from the Airport. As I had plenty of time and a day ticket for the bus, I took the bus. It took me ages to get there though, if I remember correctly an hour. I realised while sitting in the bus, that the airport is in fact so far away from the city that you couldn’t hear the flights. I have to say it was my first “holiday” on my own, there is both pro and con. I liked being independent and could do what I wanted and be very spontaneous, but I am a social person I need somebody to whom I can speak about my impressions. So, I was even more happy to see my friend. Obviously, we had plenty to tell each other after almost six months and even though we were both death tired, we talked and talked until late at night. 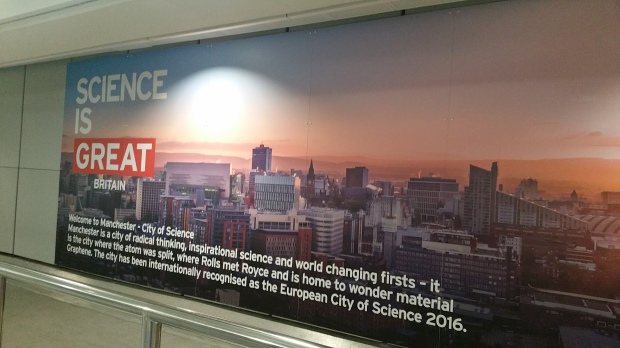 Call it a day! (more idioms on our Pinterest board https://uk.pinterest.com/professionalsuk/)