How are things, people? I hope everything was ok this week !! Yes, I’m the Spanish girl called Rocío, I supposed you notice about my way of write!!

I’m want to start my post (yeah, It is amazing writing this since I feel such as important blogger! Maybe, I could one day I would be one of them)  talking about the weather… I realise It is changeable yes, in fact, one day is 24 degrees and the following day It is a freezing day…Although, I’m used because of is the same in Galicia, where I live!

Well… the last Saturday was a hot, hot, hot day It was achieved 24 degrees I think, and I took an advantage this wonderful day to visited Lewes, in fact, many people talked me very good about it.

Yes, I promise It is an amazing place, not only about their environment, if not that about their typically English shops and English people, definitely for they’re majestic attractive and what is more, it doesn’t crow about a lot of tourists, that I know this is good for the UK economy (lots of tourists), but I think many tourists are looking for quality tourism.

Apart from that, I suggest you can visit the Lewes Castle. This castle is located in the centre of the city of Lewes, and it is a precious castle with an enormous and spectacular garden (with colourful flowers).

Lewes’s Castle (picture taken by me) 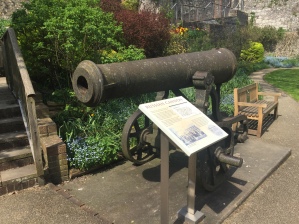 Cannon’s war (picture taken by me)

Colourful flowers in the Castle (picture taken by me)

If you like the history you can see a lot of archaeological remains, in fact, “ the town was the site of the Battle of Lewes between the forces of Henry III and Simon de Montfort in the Second Barons’ War in 1264, at the end of which de Montfort’s forces were victorious”. ”Also in the city, a river passes called Ouse that originally was called Mid-Wynd.

In addition, the castle has high towers where you can look impressive views of the city,  including you can see some places or buildings such as Low Weald, High Weal, Brack Mount or Sussex Police. 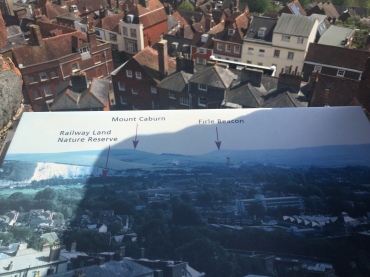 Cartel of the views (picture taken by me)

I comment like an anecdote that when I was visiting one room of the tower, there was a man statue seems a real person that my first impression I got a scare because of I was distracted while I go upstairs of the castle. 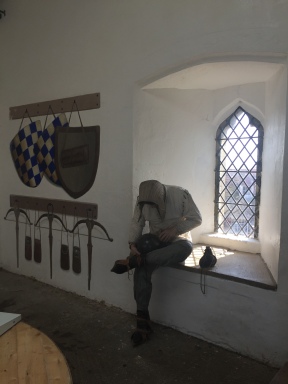 The Statue seems real man ( picture taken by me)

On the other hand, in Lewes, you can visit the Anne of Cleves House Museum and that I that did. Anne of Cleves House is a 15th-century timber-framed Wealden hall house.It formed part of Queen Anne’s annulment settlement from King Henry VIII in 1541, although she never visited the property. It was restored by the architect Walter Godfrey. One part of the history that it seemed interesting for me of the Queen Anne’s that I read  there and I understood, it  was this queen don’t know spoke English (she was German) and she was separated from their husband The King Henry V for this reason, then, by the time when she learnt English language she became in the best friend of her ex-husband, finally she never married to anybody.

In the house, you can see many rooms, one of them is Anne’s room. This room has her special bed typically from this period and other curious things like her old clothes hanging on the clothes rack. The museum has tea-shop with a little terrace where you can have a drink something , and it was that I did because the weather was really hot.

I don’t know if I told you before that I seemed Lewes a city very beautiful, yes, that is why you can visit many areas, you can see the typically English people and typically English shops, yes, I love their environment, whit that I want to say that I visited a big&amazing garden called Southover Grange Gardens (yeah, I fancy of gardens) where there are a lot of different flowers and definitely it’s wonderful, indeed, there were people of a wedding taking photos. 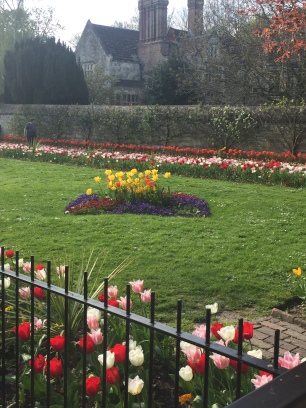 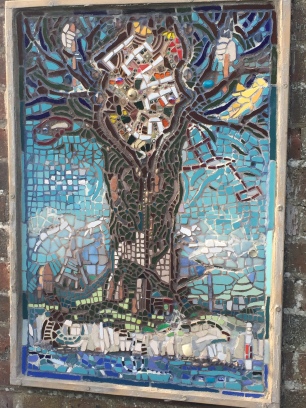 Summarising, in Lewes you can do a lot of interesting things, and eat in lovely places. For instance, I ate in “Le magazine”. This restaurant is a French restaurant located in 50A Cliffe High Street, there I try it their beef hamburgers with this colourful salad that English people like it a lot.

And I think it’s that all for today.